You are here: Home1 / author 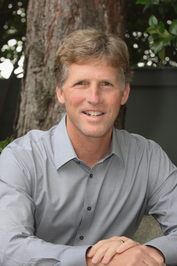 Steve Olson is a Washington-based nonfiction writer who has published articles and books on an array of fascinating topics. Subjects such as genetics, race, human origins, climate change, and even punk rock! His most recent book, ERUPTION: THE UNTOLD STORY OF MOUNT ST. HELENS, was named one of the best books of 2016 by Amazon, was nominated for the Boardman Tasker Prize for Mountain Literature, and, most recently, has been named a finalist for the Washington State Book Award.  His next book, to be released in 2020, is about the production of plutonium at the Hanford Nuclear Reservation during World War II and the Cold War.

You can check out more of Steve’s work at www.steveolson.com

1. If you could have been the author of any book that has ever been published, what would it be, and why? I was a physics major in college, and I’ve always been enamored of the idea of mastering an idea at the forefronts of physics. For a while, my attention was focused on the book Gravitation by Charles Misner, Kip Thorne, and John Wheeler. I can’t say that I ever read the entire book or understood even a portion of it, but the general concept of mastering a particular area of knowledge is still the approach I take toward writing.
Oddly, I’ve been running across Wheeler again in my research on the history of the Hanford nuclear reservation. (I happen to be answering these questions from a hotel room in Richland after a day spent doing research.) He helped design the reactors at Hanford and solved a problem that threatened to shut them down when they first started up.

2. What do you need around you when you start working on a book?

I can write almost anywhere. But to work on a book, I need libraries, archives, and knowledgeable people. The problem with the way I write is that every single sentence is based on something I had to learn somewhere. Though I wish I could, I’ve never been able to write sentences that sound nice but don’t have much content.

3. You are forced to condense your book collection down to one small shelf. What six books would make the cut? I’m going to interpret this as a “desert island” type of question, so six books that I’d choose if I could never again have any other books. They’re:

Don Quixote, since I’ve heard that it’s three different books if you read it once as a young person, once in middle age, and once in old age
A History of the World, the longest and most comprehensive volume I could find (though I guess multiple volumes would violate the rules)
The Bible, so I can reflect on the profound history the Bible has had on world history.
Ulysses, since I’ve been wanting to reread that book ever since college (preferably, right before a trip to Dublin)
Gravity’s Rainbow, both for its humor and complexity
The Collected Stories of Chekhov, to dwell on the reasons why people think and act the ways they do

Hmm, I guess all six of those books are kind of like Gravitation, now that I look at them.

4. What one piece of advice would you go back in time to give yourself when you first started your writing career?

I always tell aspiring writers the same thing: If you want to write full time, keep your financial needs as low as possible. Yet I’ve never followed that advice myself. And, sure enough, I spend most of my time on high-paying but routine writing projects that subsidize my lifestyle and occasional books.

5. I actually have a second ‘go-back-in-time’ question for you! As a science writer, if you had the chance to cover any scientific discovery or major natural event, and gather firsthand information, what would it be and why?

It would be the event I’m writing about now: the discovery of nuclear fission and the application of fission to produce nuclear weapons. Many journalists and scholars have listed the bombing of Hiroshima and Nagasaki as the top news story of the 20th century. It’s a great privilege for me to be writing about those events.

Thanks for the great answers, Steve! Next week, I’ll be chatting with David Berger, author of the recently released, RAZOR CLAMS: Buried Treasure of The Pacific Northwest I got the chance to interview Ben Clanton, picture book author and illustrator, and his answers are just as much fun as his book launch parties always are! With only a few well-placed (and genius!) lines and squiggles, Ben is able to capture the heart and soul of a multitude of characters – from the very sweet duo of Narwhal and Jelly to his latest, the endearing ghost, Boo.

1. Ben, if you could have been the writer of any book that’s ever been published, what would it be and why? Definitely Harry Potter and the Sorcerer’s Stone. It is the book that turned me into a reader and for good reason. Harry Potter contains so many things that I love such as magic, mail, humor, mischief, and goodness. J.K. Rowling weaves these things together in a way that is spell-binding as well as both fantastical and real. It helps that I have a healthy dose of nostalgia for reading it with my mom and sister.

2. What three things do you need around you when you start working on a new book? A blank sketchbook (usually a Moleskine), a freshly sharpened pencil, and something unexpected

3. You are forced to condense your book collection to just one shelf : What books would make the cut? That better be a huge shelf and I would definitely be cramming every last book on it I could, but the books that I must have on it include: ZEN SHORTS by Jon J. Muth, I WANT MY HAT BACK by Jon Klassen, HOW DROOFUS THE DRAGON LOST HIS HEAD by Bill Peet, WHERE THE WILD THINGS ARE by Maurice Sendak, CALVIN AND HOBBES by Bill Watterson, MATILDA by Roald Dahl, JIMMY ZANGWOW’S OUT-OF-THIS-WORLD MOON PIE ADVENTURE by Tony DiTerlizzi, STUCK by Oliver Jeffers, MUTTS by Patrick McDonnell, THE DOT by Peter H. Reynolds, and all of the HARRY POTTER books by J.K. Rowling.

4. What one piece of advice would you go back in time to give yourself when you were first starting out as a writer? Make something new every day.

5. If you could have, as your sidekick, any of the characters you’ve created – which one would it be, and why? Thanks, Ben, for the very wonderful interview! We can’t wait to see your next project!

Stay tuned for next week’s FIVE QUESTIONS – with Steve Olson, author of  ERUPTION: THE UNTOLD STORY OF MT. ST HELENS.